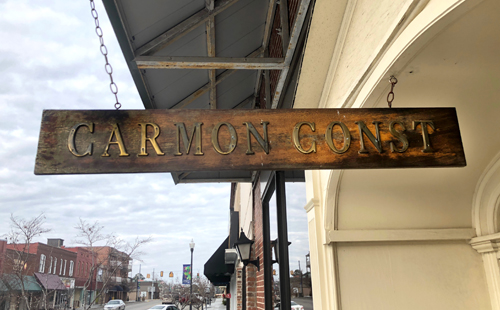 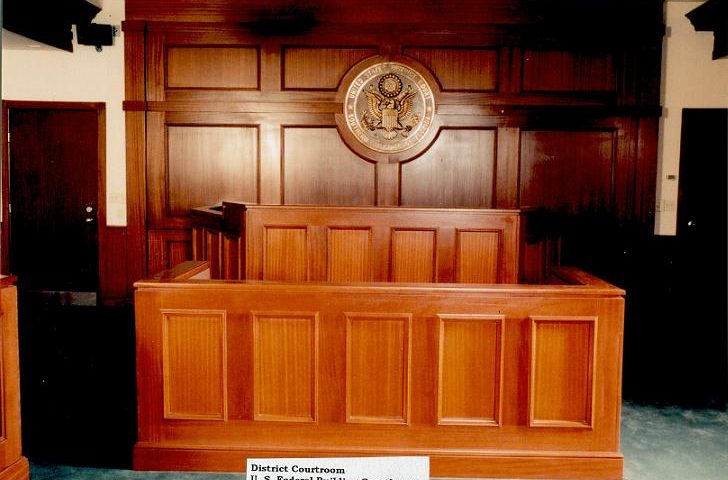 This project consisted of building five courtrooms with very intricate, detailed woodwork. Where the five courtrooms were built-the existing area was demoed to the bare structure. The five courtrooms included U.S. District Courtrooms one and two, a Grand Jury Courtroom, Judges chambers one, two, and three, Magistrates Chambers, Conference room, Jury assembly rooms, law clerk offices, Bankruptcy courtroom, U. S. Magistrates courtroom, three law libraries and clerk of court area. We made required structural changes to the building to install a dumbwaiter for transporting documents from one floor to another. We installed totally new HVAC, plumbing, security, duress, sound, and electrical systems along with all-new finishes. In addition, we installed a new prisoner elevator and two new holding cells. 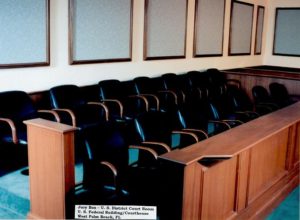 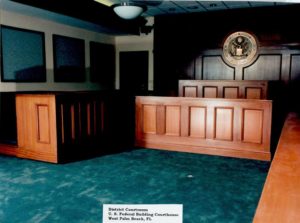 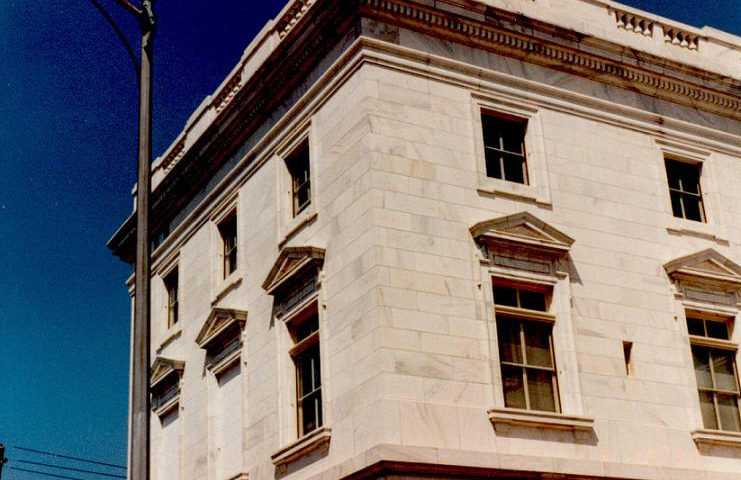 Some of these tasks include the following: 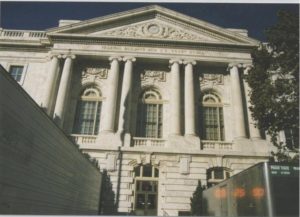 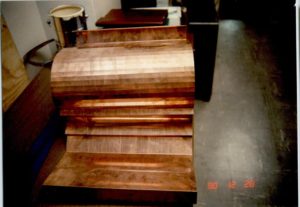 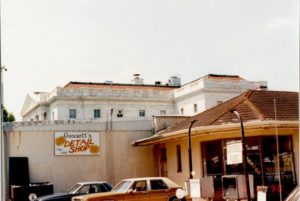 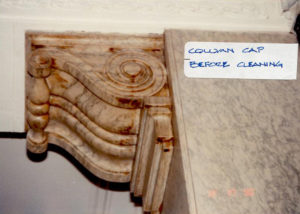 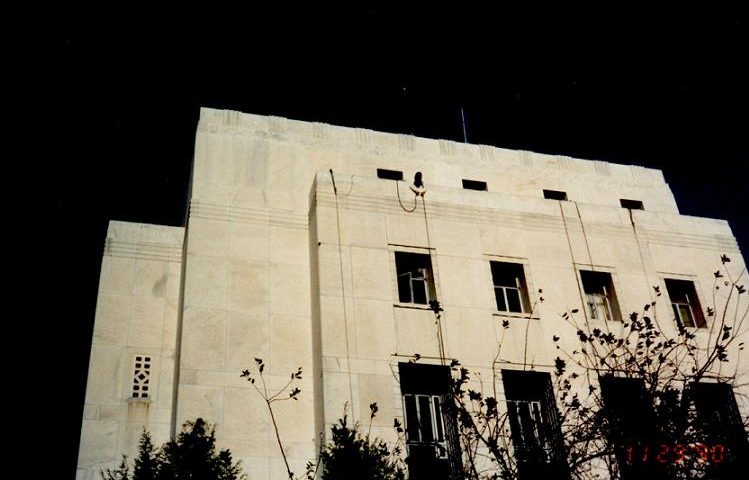 This project was the renovation of the Solomon Federal Building, Post Office, and Courthouse. Our favorite part of this project was the restoration of a historic canvas painting, which resides on the wall of the Court Room. There were many different tasks included in the project. Some of these tasks were the complete renovation of Electrical, Fire Alarm, HVAC, Plumbing, and addition of Fire Sprinklers. This project also included construction of a new roof and cleaning the marble walls and silver gilding of the main lobby ceiling and cleaning the stone exterior. 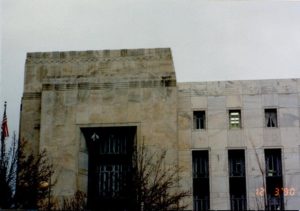 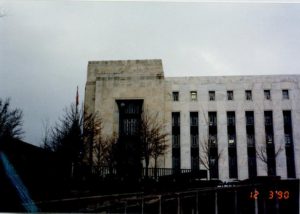 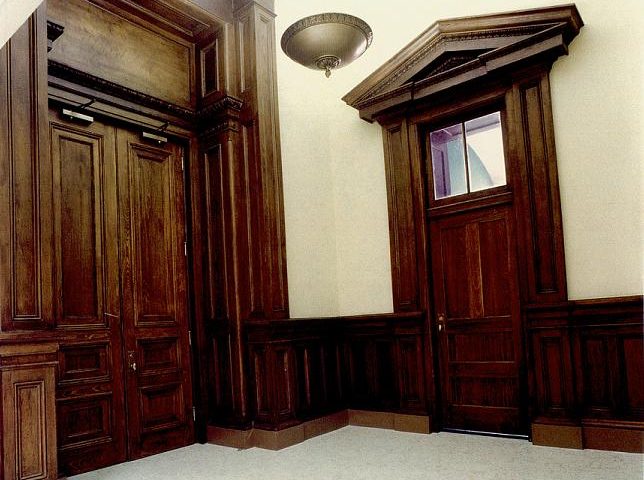 The United States Customs House/Fire Safety Improvements in New Orleans, Louisiana required the installation of fire sprinklers to their entire building. In addition, stairways were renovated and one complete new stairway was added. Since this building is a historic building located in the New Orleans French Quarter on Canal Street, extreme measures and precautions were used in the installation of the fire sprinklers. The Historical Society required that the installation could not effect or make any changes that would be detrimental to the historical appearance of the building. 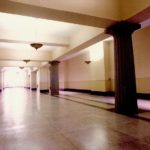 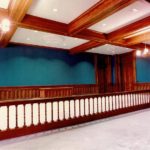 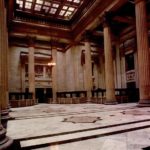 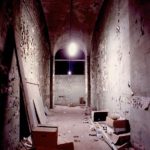 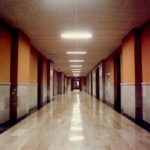 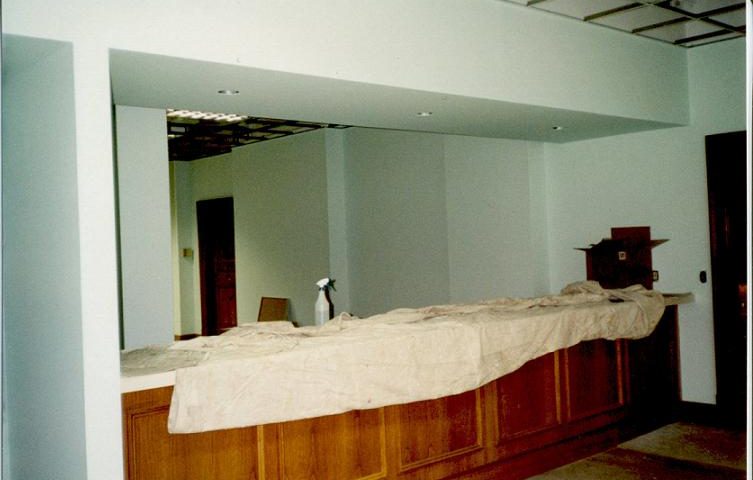 Space Alterations at the Charles R. Jones Federal Building in Charlotte, North Carolina consisted of a complete new courtroom and court facilities being built. The Judge’s Suite and courtroom was constructed with white oak trim and paneling. Carmon Construction, Inc. re-finished the entire main floor of the Federal Building. During the construction of this project, the trial of Revrend Jim Baker took place in an existing courtroom at the time we were building this new courtroom. Considerable coordination was required with the courts where no noise would be made to interrupt this very high profile court trial. 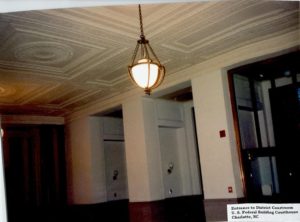 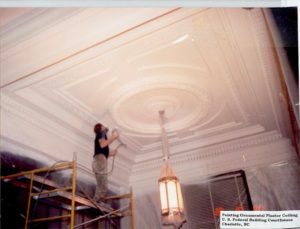 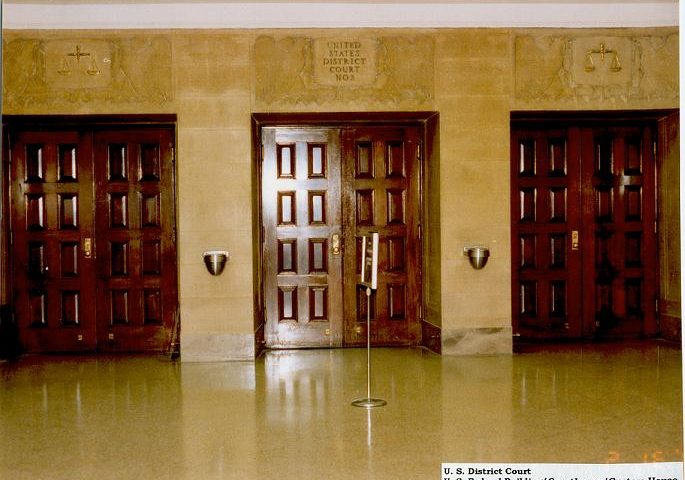 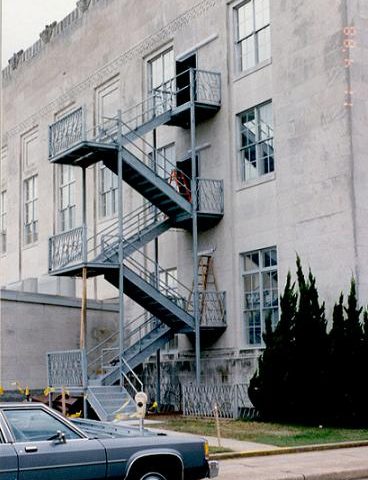 Fire Safety Improvements at the Federal Building/Courthouse in Monroe, Louisiana consisted of new sprinklers in the entire courthouse, a new exterior stairway on the rear of the building and modernization to stairways throughout the building. A new fire alarm system was also installed.

Remodeling and Expansion of Existing Facilities of the U. S. Army Foreign Science and Technology Center in Charlottesville, Virginia consisted of painting, new floors, ceilings and security modernization. This project required very close coordination with the Army staff. This area was a high security area. Before workers were allowed to enter work areas in the building a lot of high security, sensitive materials had to be covered. All workers were escorted at all times. 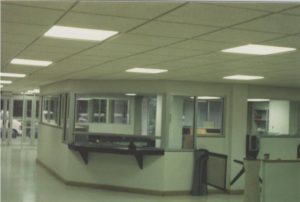 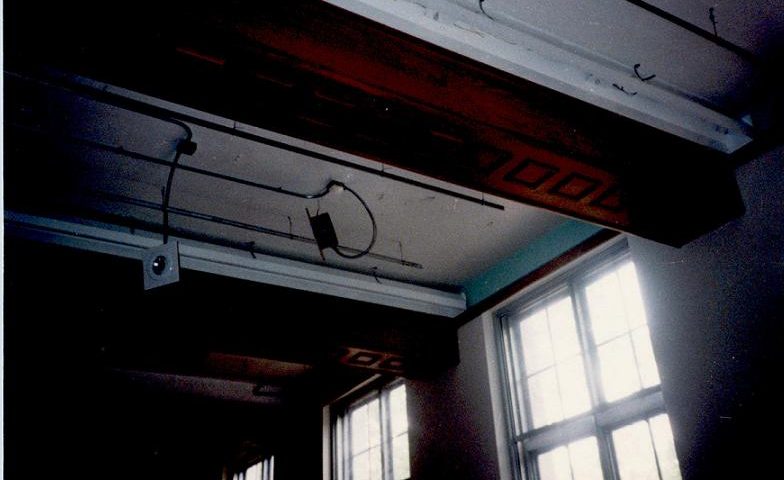 Renovations and Modifications at the U. S. Post Office/Courthouse/Custom House in Key West, Florida consisted of the demolition of an existing post office facility and other office spaces on the first floor of the U. S. Post Office/Courthouse/Custom House. This demolition made way for the addition of a complete court facility and U.S. Marshal’s service. Carmon Construction, Inc. also installed two new jail cells along with the addition of closed circuit TV facility to monitor prisoners. CCI installed a new elevator for the transport of prisoners to and from court. A complete Judge’s suite and courtroom was constructed of white oak paneling and trim.